Konstantios had surrendered to a civil war, weakening his powers as emperor. But he still faced a rebellion from two eastern dukes who sought independence, and the Fatimids had declared an invasion of Armenia.

Kyrillios, the regent for 12-year-old Konstantios, decided on a risky strategy. He sent the armies home, then waited while the various holding replenished their levies. In March, one aspect of his plan succeeded, as a Mameluk army attacked and defeated one of the rebel armies. And then in June, when the rebellion had all but succeeded, he reraised the armies.

Several smaller warbands that had been wandering about the empire were promptly defeated. The levies were loaded onto ships and sent to Teluch. 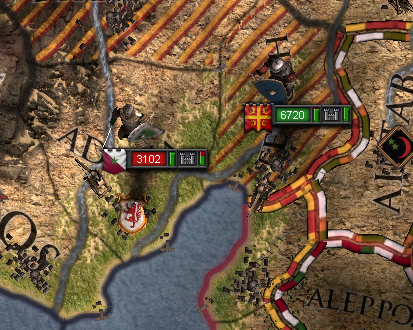 The armies easily reclaimed the province, but as they did so, scouts warned of an approaching Fatimid army. Pinned between two armies, the Roman forces again boarded their ships, then landed in Antioch, the center of the rebellion. 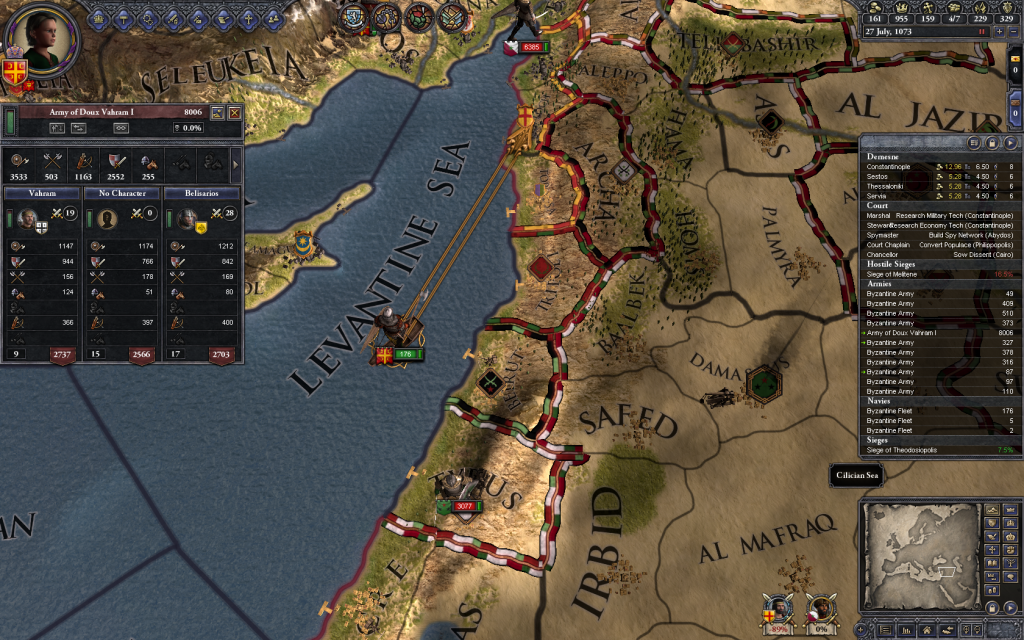 While the heart of the rebellion was captured, the Fatimid forces combined to defeat another of the rebel forces. Their combined numbers were more than the land could support, and the armies weakened with time. The eastern rebellion was quickly convinced to a peace; the leader, Duke Isaakios of Armenia, being jailed. 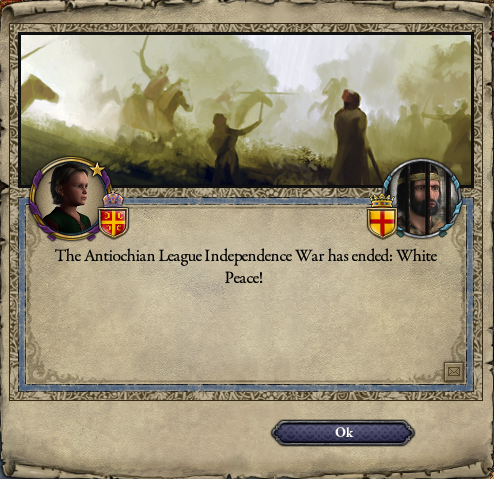 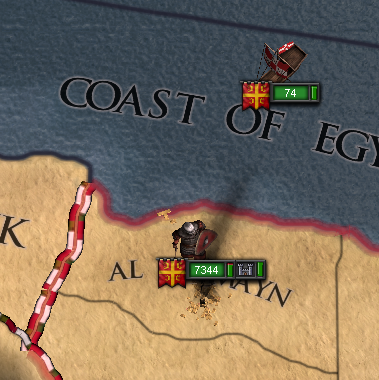 One of Konstantios’ sisters had married the Kind of England. The King asked Konstantios for his support in a war against the Duke of Flanders. Kyrillios agreed, not planning to send any troops, but hoping he might shame the King into supporting the Roman defense. Unfortunately, the King of England was not so easily swayed. The army sent to recapture land was forced to flee to their ships, but the main army was succeeding in it’s goal of capturing poorly-defended Fatimid holdings. By December of 1074, any such holdings along the cast had been captured. The armies were combined, and Kyrillios hired the Varangian Guard to bolster their ranks. The combined armies freed several captured counties, and then attacked a second Fatimid army in the mountains. Records are unclear as to what happened. The Roman army was clearly larger than the Fatimid one, there are no records of a commander of the Fatimid army, and the Roman army was led by several greatly skilled commanders. And yet the Roman army was completely defeated, three quarters of the men killed, injured, or scattered. It seemed an irrecoverable disaster. 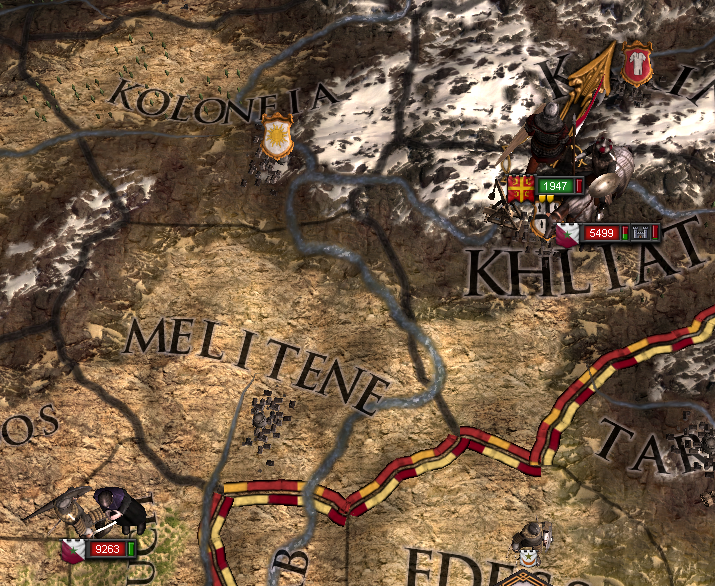