Regent Kyrillos had taken advantage of the peace to begin building projects in the city of Heiron, his personal holding. Projects funded by Konstantios’ treasury. 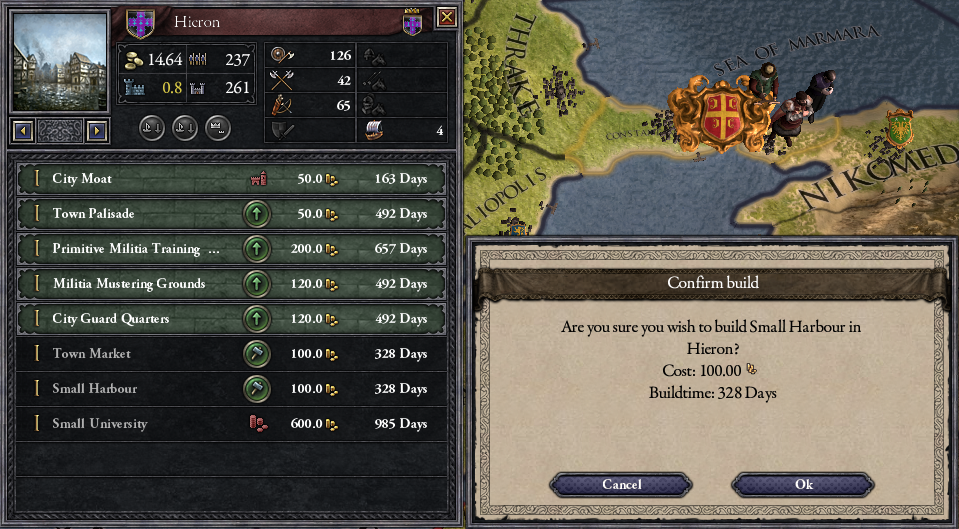 Konstantios was aware of the embezzling, but was not able to do anything about it. 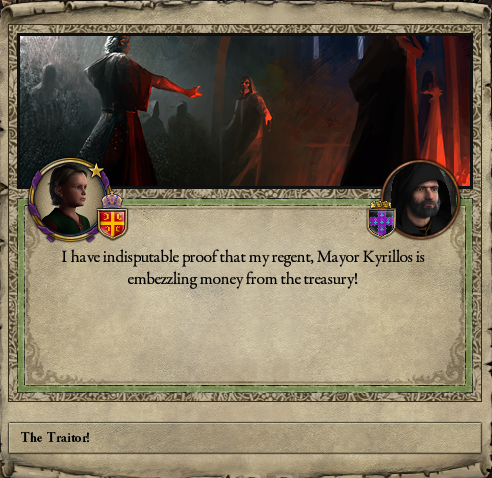 In the meanwhile, a faction had formed in the empire, seeking to diminish the power of the Emperor. Kyrilios was convinced this was a scheme to weaken his position, and so refused their demands, leading to a civil war. 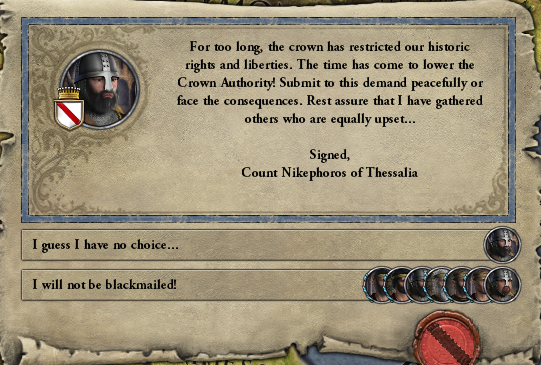 The rebel armies were too large to be faced directly, so fleets were used to rapidly strike at underdefended rebel holdings, while the main rebel army marched around trying to force a battle. 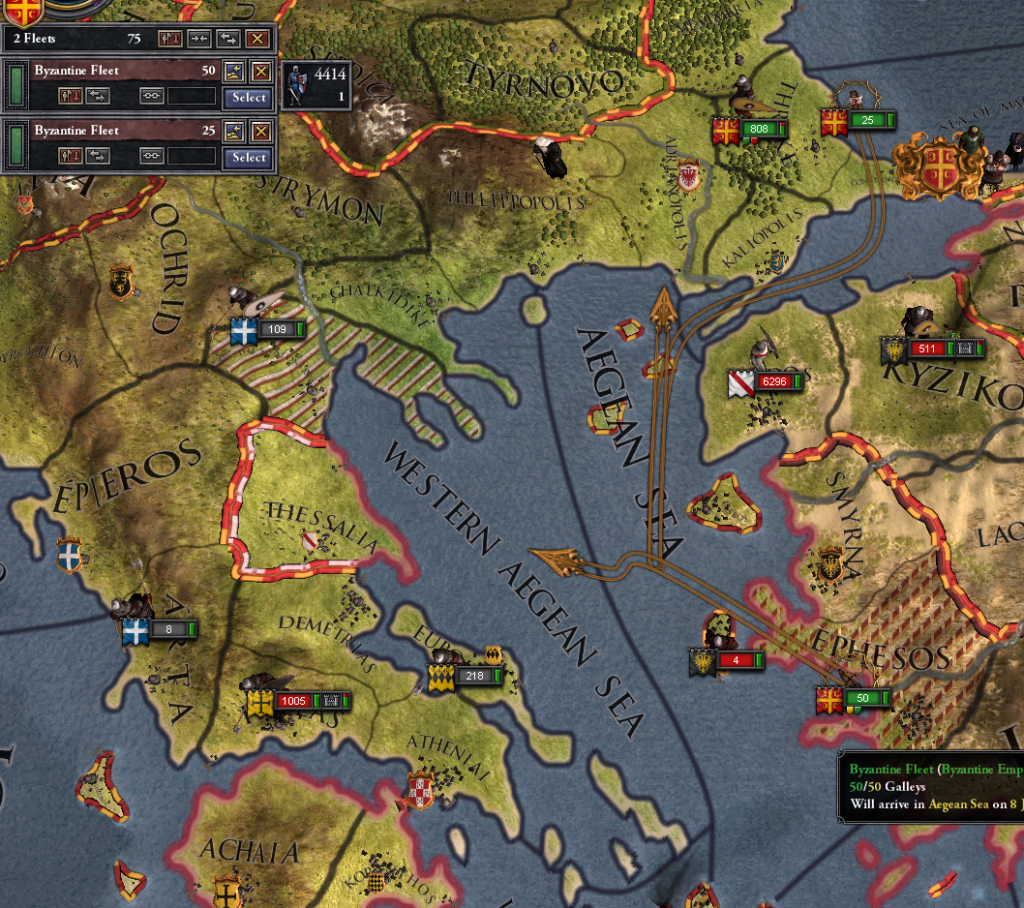 Meanwhile, Kyrillos used his talents to try and strike at the head of the rebellion. Unfortunately, this took much money and several attempts. And though the leader of the rebellion was killed, it continued in his young son’s name. 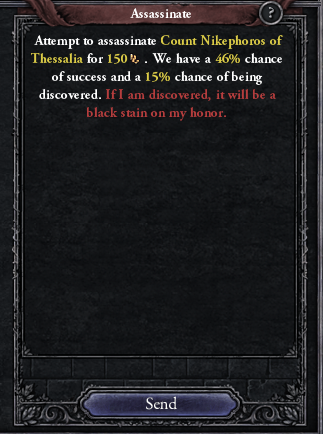 In the midst of the war, the Dukes of Antioch and Armenia demanded independence. Their demand was denied, sparking a second civil war. 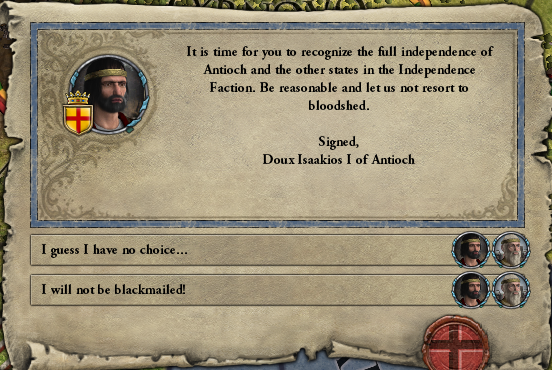 Anna, the eldest sister of Konstantios, was married off to the King of France. Sadly, the king was not willing to assist in the wars. While the armies focused on the first civil war, the dukes in the east slowly seized more and more territory for themselves. And when it looked like things could become no worse, the Fatimids mounted an invasion of Armenia. 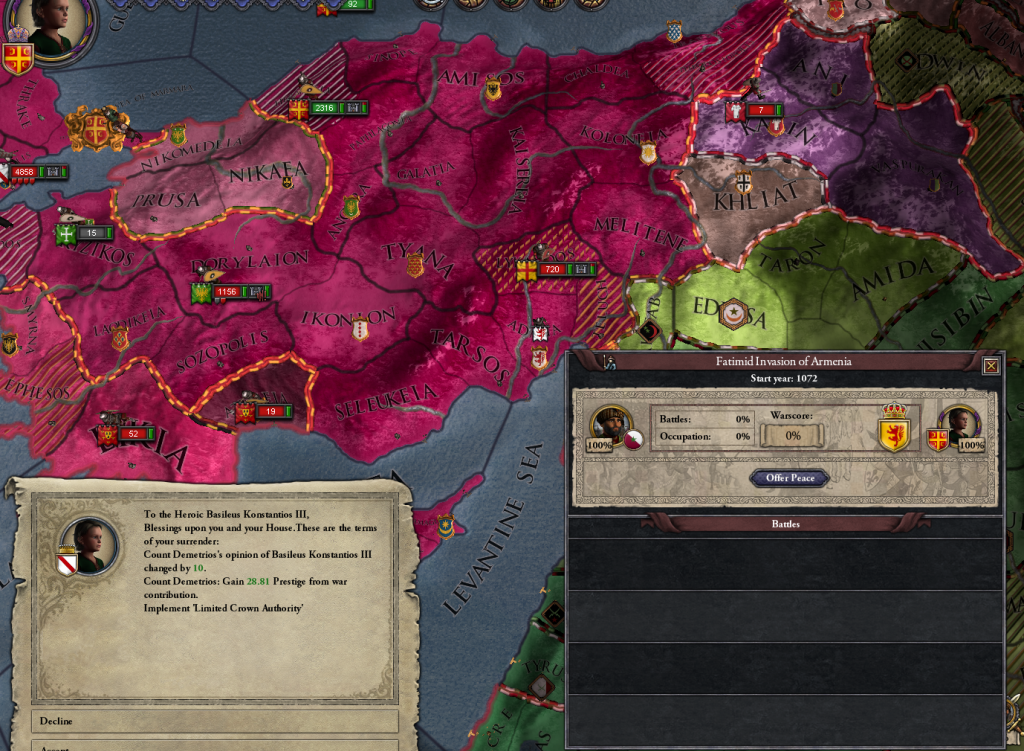 When the leaders of the first rebellion demanded Konstantios’ surrender, he overruled his steward and took the opportunity for peace, even though it greatly weakened his authority. 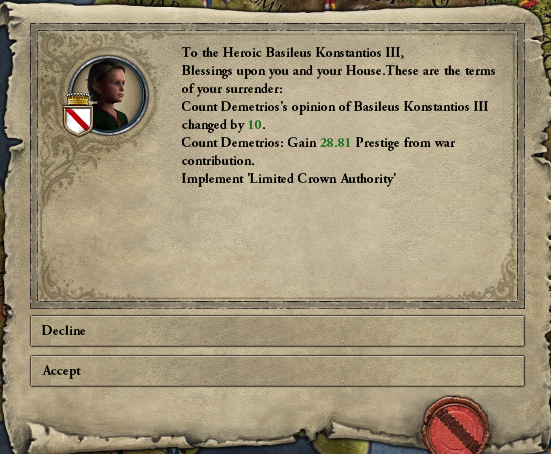 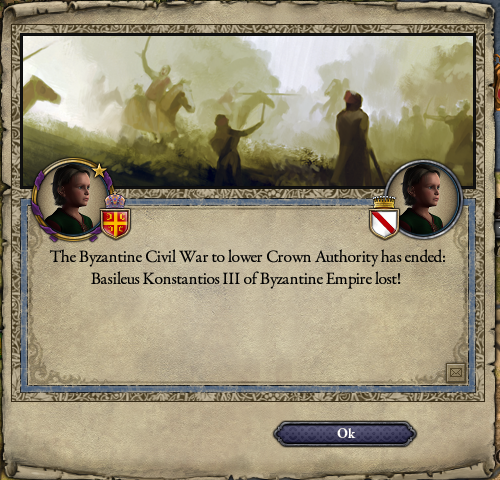