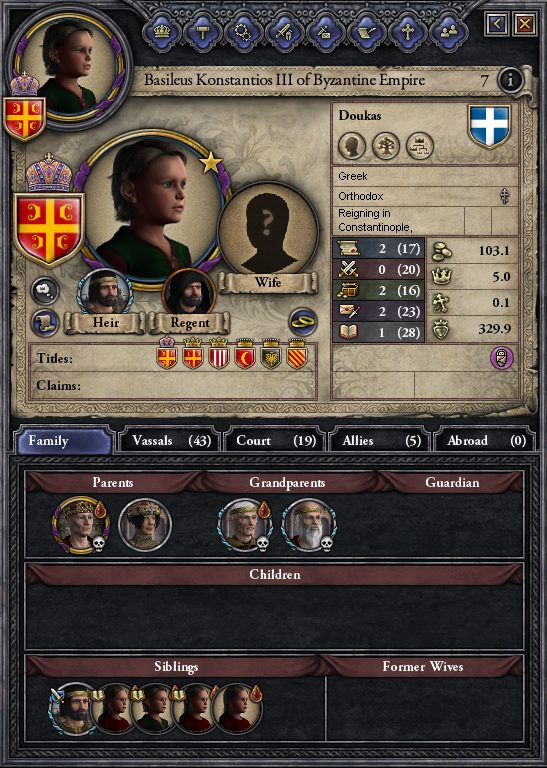 Konstantios was the third son of Konstantinos X, but the first born after his father’s ascension. He was thus considered “born in the purple” (having been born within the Purple Chamber of the palace), and the court preferred him to his older brothers. Konstantios was but seven when he ascended.

Mayor Kyrillos of Hieron (a town near Constantiople), Konstantinos X’s spymaster, was set as regent. His first act was to send Konstantios back to his former guardian, Countess Anastasia of the county of Arta. 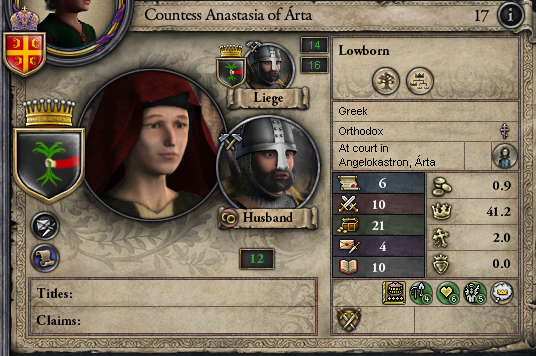 Regent Kyrillos was also not a great model of a man. Greedy, gluttonous, deceitful, paranoid, maimed, and weak, his celibacy was no doubt easy to maintain. But for all that, he was quite skilled in the arts of intrigue. 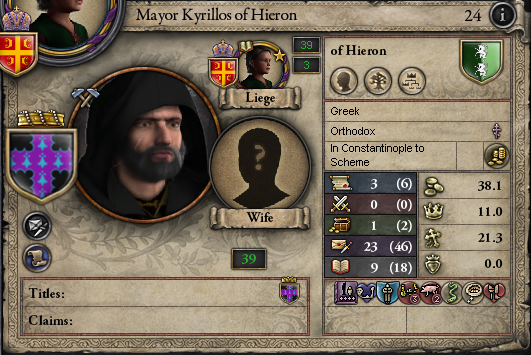 The loss of the former Emperor was enough to rally the army, and they again bested the Seljuk forces. 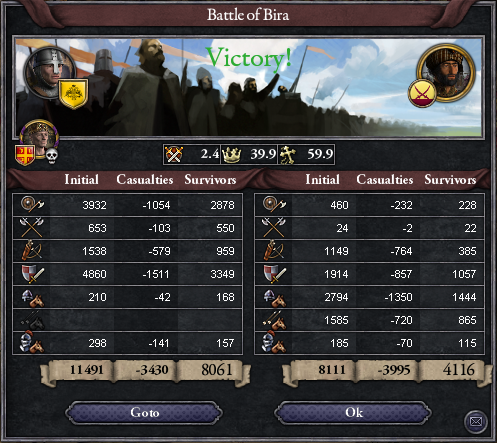 Kyrillos sent the army to reclaim territories captured by the Seljuks. 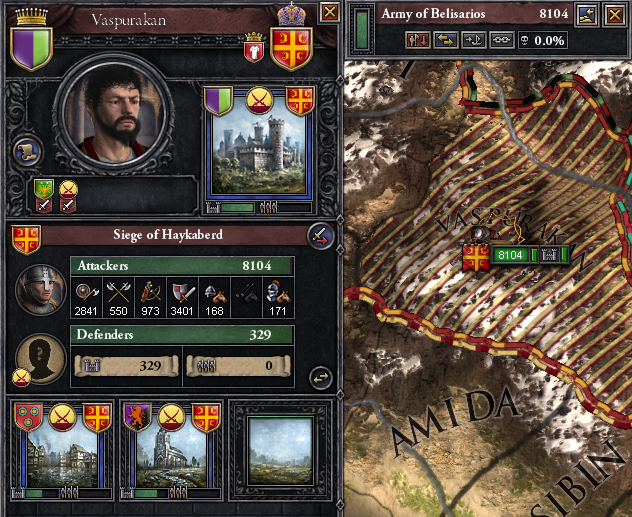 By the time this had been achieved, the Seljuk army had again crossed over the borders. The Roman army was sent to repel it again. If anything, this battle was more devastating to the Seljuks than any before. And yet they still were not willing to end the war. 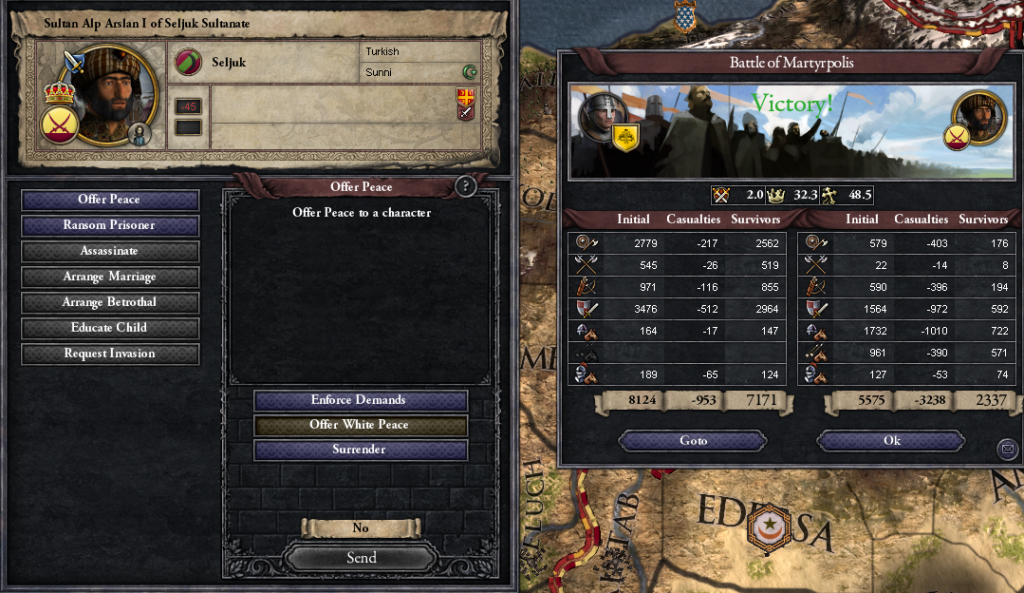 The army chased the fleeing forces, and after routing them again, began to besiege Seljuk lands.

Conquering some of their holdings was enough to bring them to the negotiating table. But a greater victory might be had if they could be hurt more. More territory was seized, but the Seljuks were doing the same. And this time, their armies were not easily dislodged. 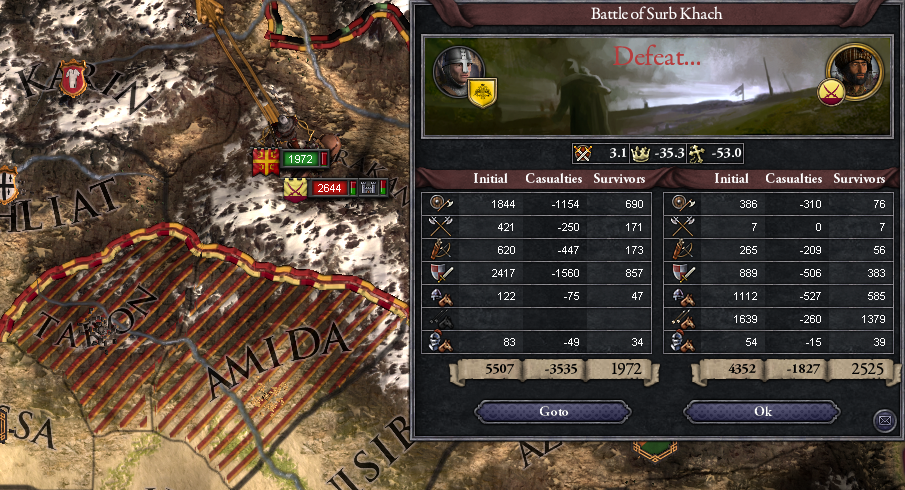 So the Romans accepted a white peace where they had once hoped for a greater victory. 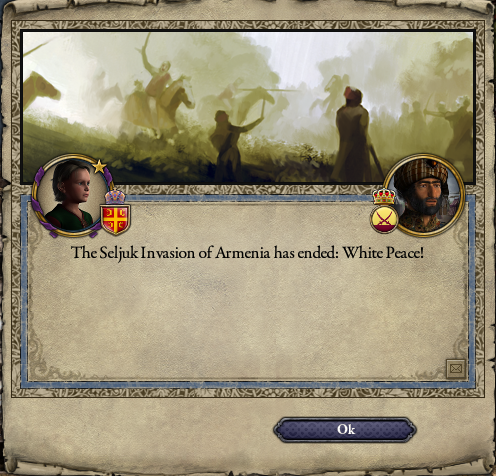