This was Konstantinos X of the East Roman Empire. 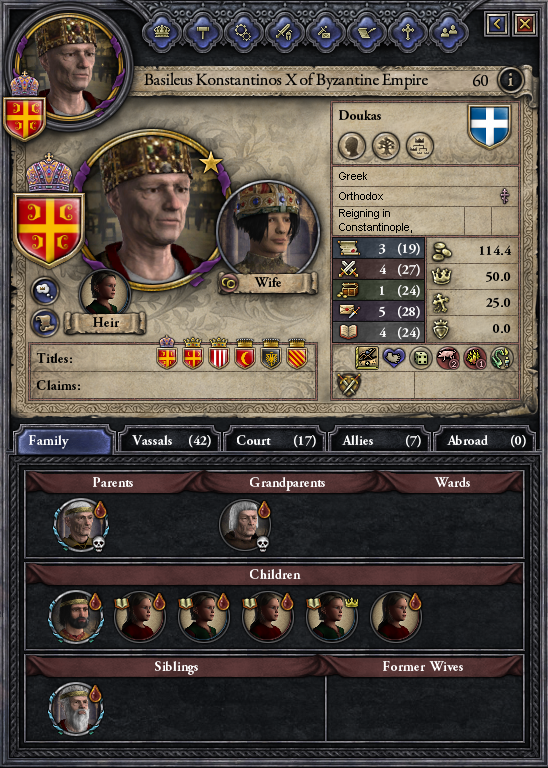 He was not what you might consider a skilled ruler. Clubfooted, arbitrary, gluttonous, and lustful, his only redeeming trait was his bravery. By 1066, he had succeeded in both crippling the military and losing southern Italy to Norman invaders. Then in late 1066, Arp Aslan of the Seljuks invaded. Things were at a crisis. 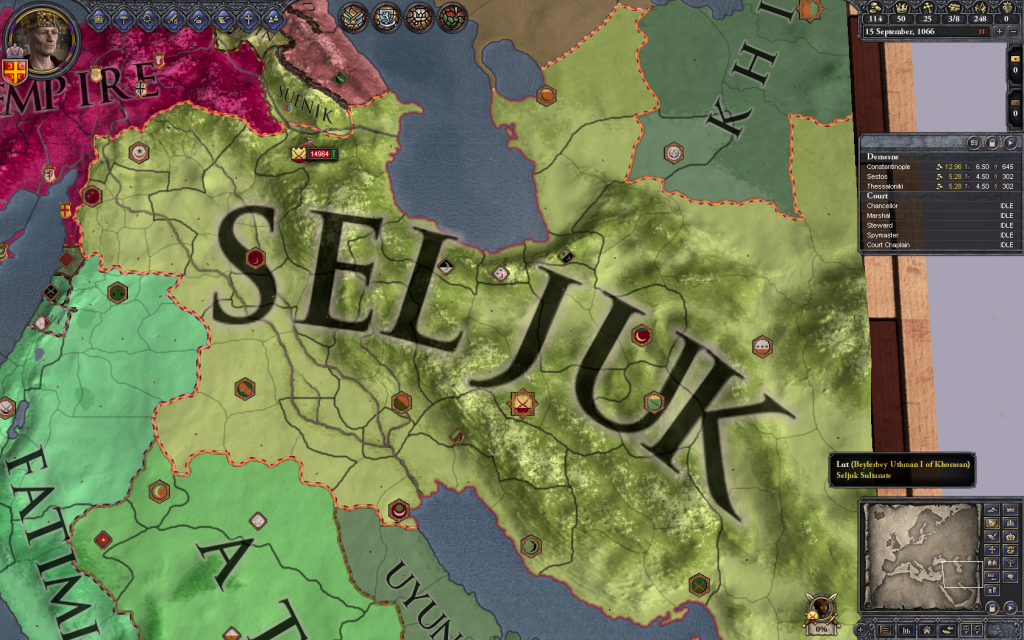 Konstantinos set his ministers to work: researching improved military and economic techniques in the capital, converting heretics back to orthodoxy, defending against plots among the nobles, and attempting to stir up dissent within the Seljuk Empire. Recognizing his personal and positional weakness, he set himself a goal of simply saving money, while gathering a conspiracy to place the county of Kaliopolis under his direct control. He set to reform the taxation laws for cities so that he might pay for an army. And then he raised what levies he could and marched to war.

He raised 16,000 men, barely more than the Seljuk army just over the border. The men mustered at Tzimisca, across the border from the city of Manzikert. While the armies gathered, some of the nobles began to speak of gaining independence from the emperor, though the idea was not popular. During this time, the Seljuks besieged and overran a few territories, then sought to attack the still-mustering Roman army. Slowed and weakened by their sieges and by the onset of winter, they arrived just a little too late.

The Seljuk armies were roundly defeated. 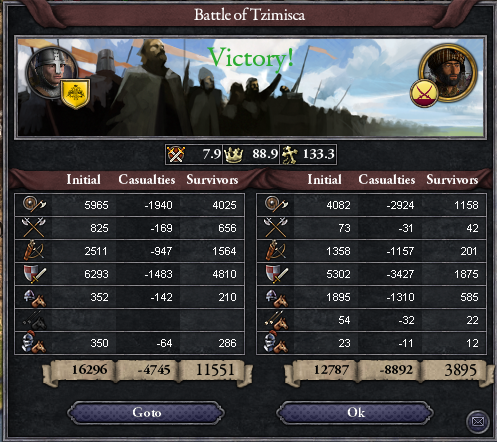 The Seljuk army was followed, not to be allowed to recover. But the Seljuks had gathered another force. On the third of July, Anno Domini 1067, Konstantinos X fell in battle against the combined Seljuk armies. 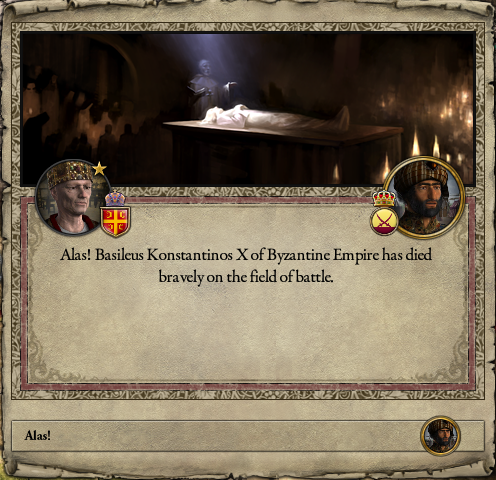