Makarios I had defeated a major rebellion. Now he faced the question of what to do with the rebel leaders. 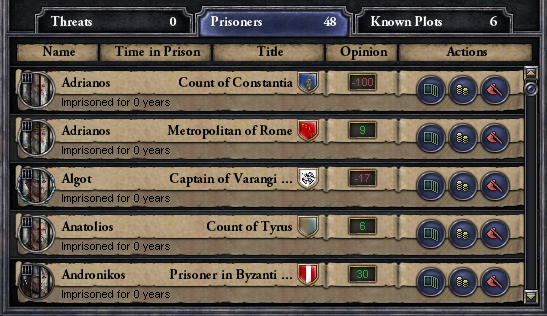 Makarios was not a forgiving man. No, he was prone to anger instead. He revoked over fifty titles from the rebels. The prisoners themselves were left to live out the rest of their days in the dungeons. Those who objected were thrown in the oubliette. As for the titles, in most cases, he distributed the lands to more loyal vassals. But much of the coast of Greece he kept for himself. 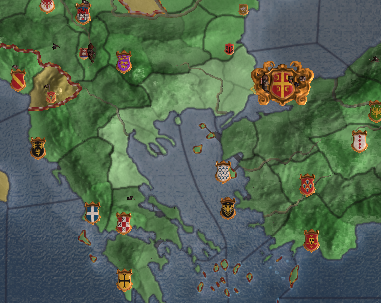 And in the east, there was a terrible choice: return control of Mesopotamia and Armenia to rebels, or give control to Armenians. He took a third option, conquering more of the de jure territory in the duchies, granting it to new rulers, and placing them in charge of the duchy. 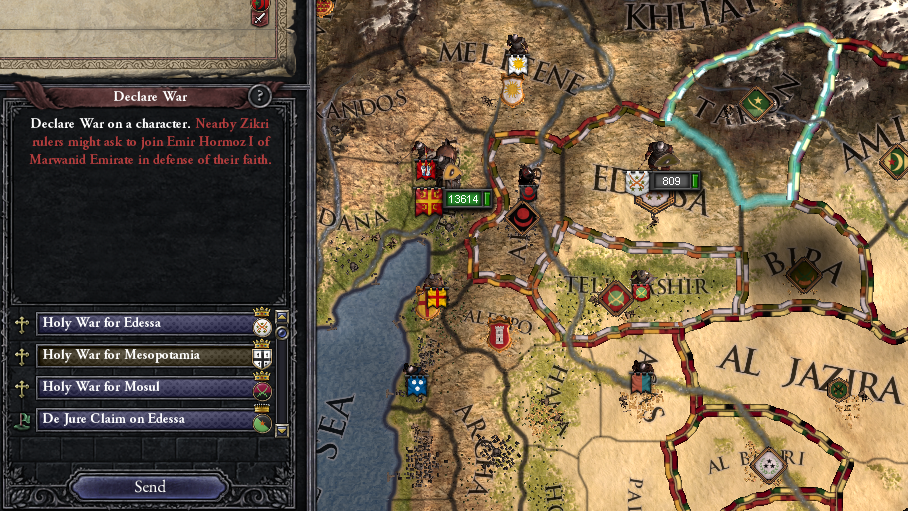 Between campaigns, Makarios ordered the Duke of Pisa, leader of the rebellion, castrated. A few months later, he would die from these wounds. 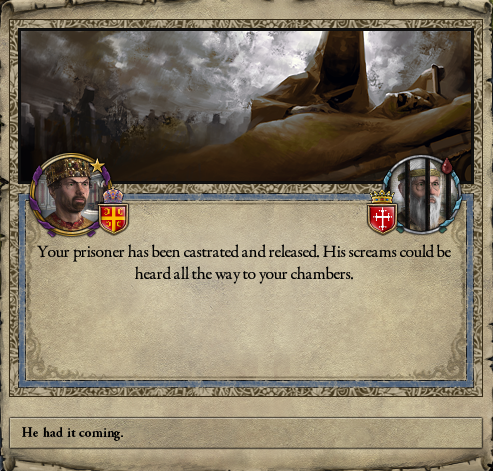 The second campaign, for the remainder of the Duchy of Armenia, was sure to be much larger, as it was against the Aydin Sultanate, rulers of Persia.

But it was swiftly won, and again, the lands given to a new ruler, who was then set in charge of the duchy. 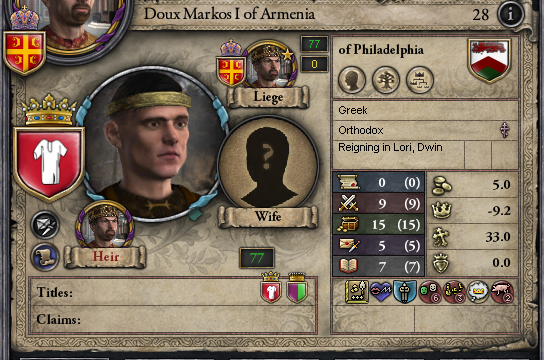 Being slothful, Makarios did nothing of note until 1183, when he began to feel restless enough to overcome his slothful nature.