His reign was known mostly for the attempted breakaway of the Kingdom of Egypt. He won that war handily. 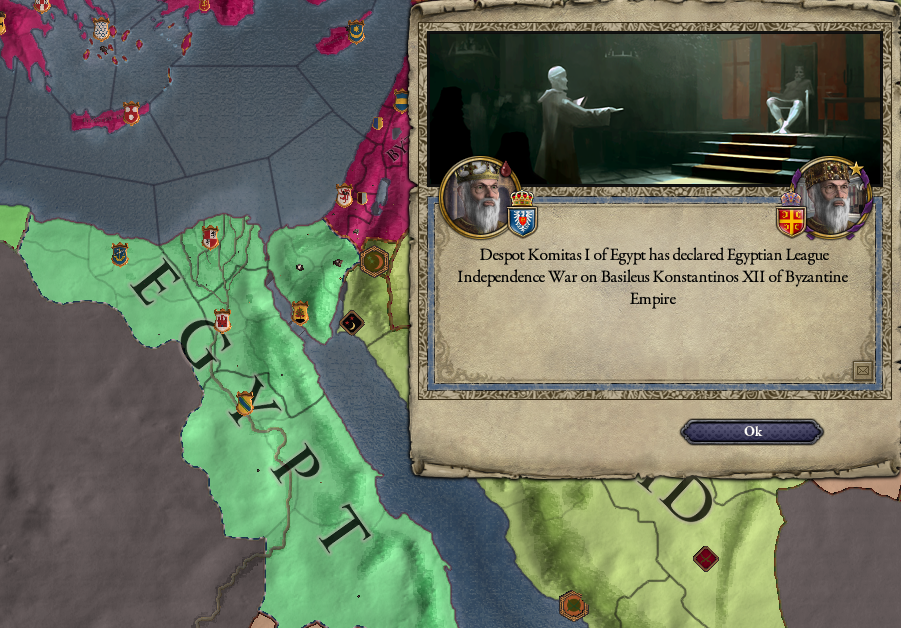 He also fought a few minor wars in Croatia, reclaiming land from Catholics.

He died of depression in 1177 after the death of his beloved wife. He was succeeded by his half-brother Makarios I. 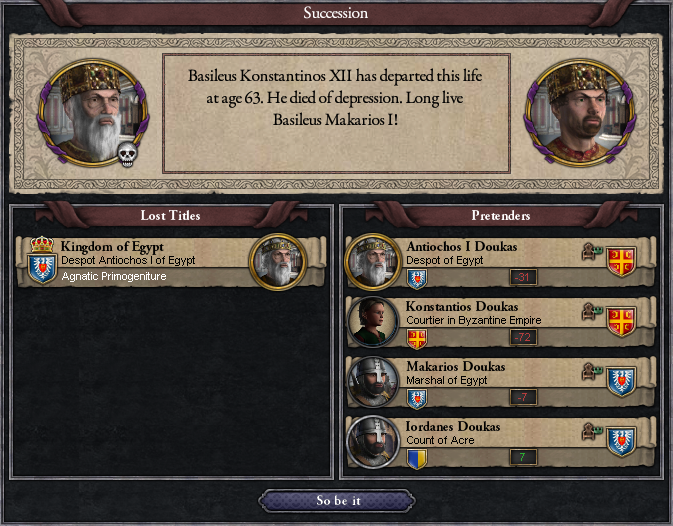