This was Konstantinos XI of the Empire. He ascended to the throne in 1112. 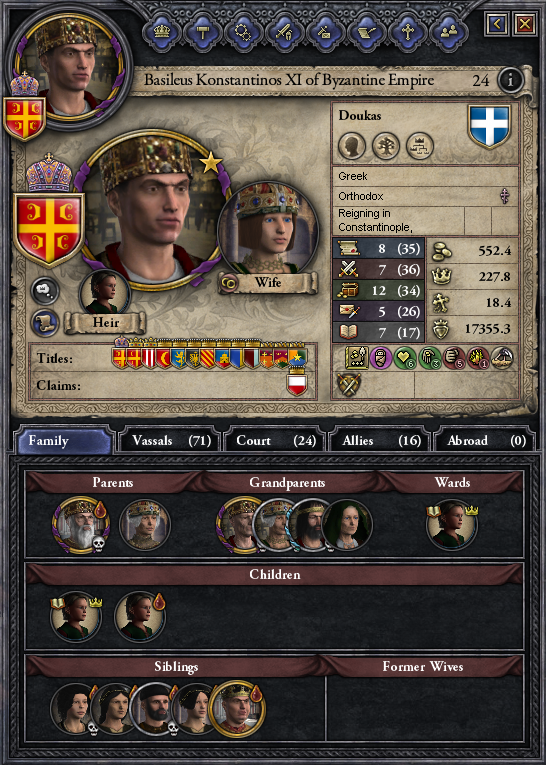 Kind, charitable, and craven, he spent his reign internally strengthening the Empire. His kindness led him to two immediate acts:
Many people that had languished in his father’s dungeons for years were released. 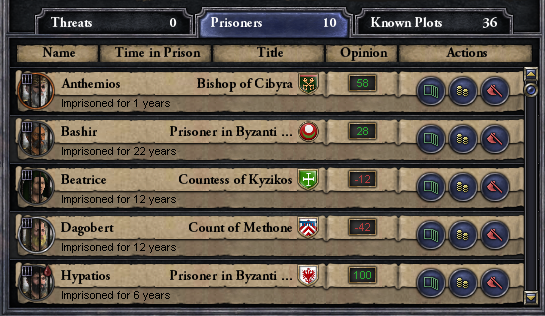 He sought a series of reforms within the Empire that would send disputes to his courts. His vassals would no longer settle issues on the battlefield.

Primarily, his reign was known for the universities he founded throughout his holdings, the influx of population to baronies and church lands, the loosening of taxes on cities, and the massive increase in the size of the Cataphracts.

Finally, on 9 September 1163, he died and was succeeded by Konstantinos XII, his third son. 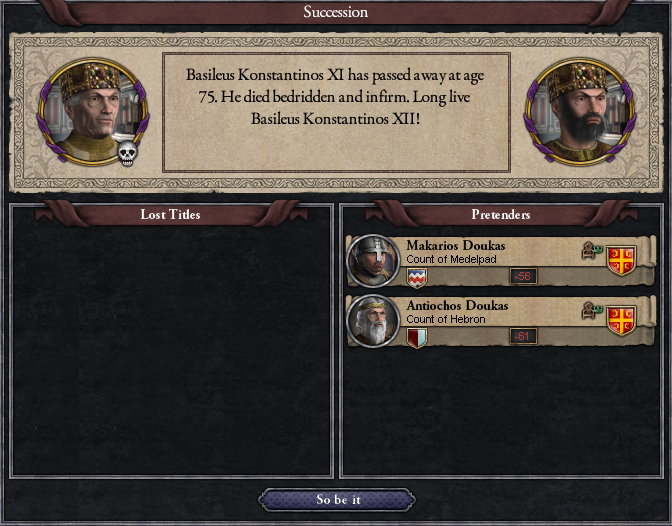