This was Emperor Konstantios III. He was born in 1060 and began ruling the Empire in 1085. 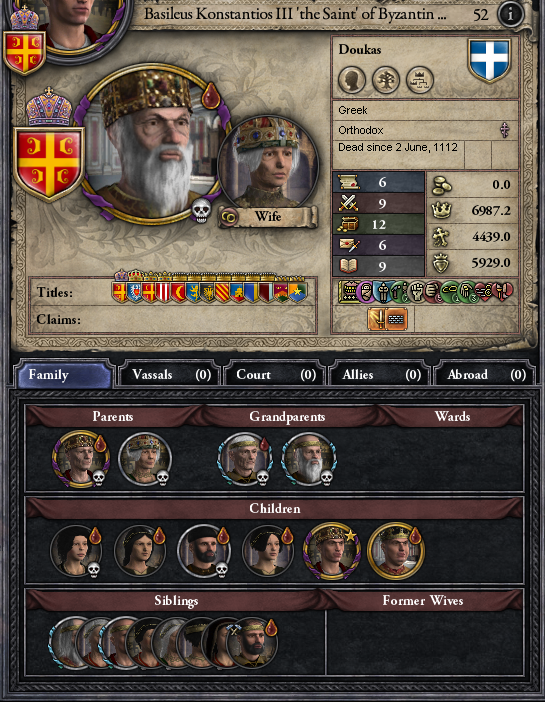 He was well known for two accomplishments:
The XRW - a campaign of wars that reclaimed the Levant and Egypt for Christiandom and drove the Fatimids into Arabia, 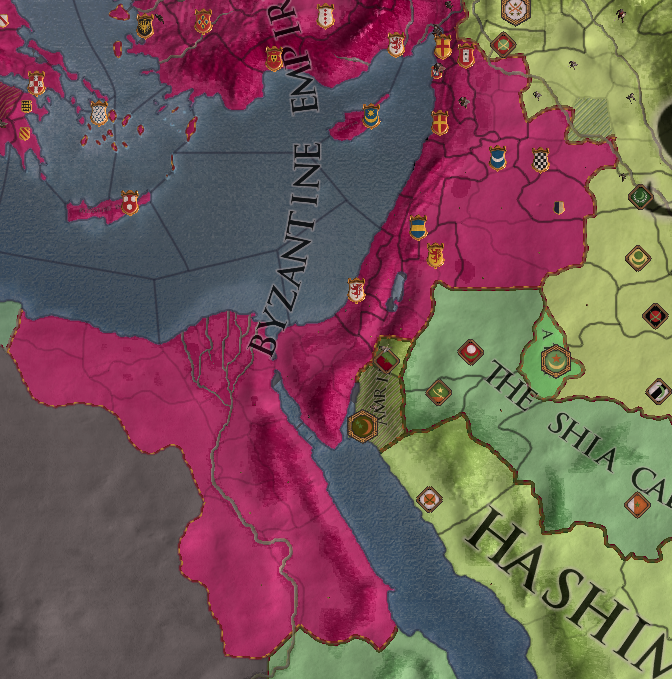 and the end of the Great Schism, after he had restored the five Patriarchs. 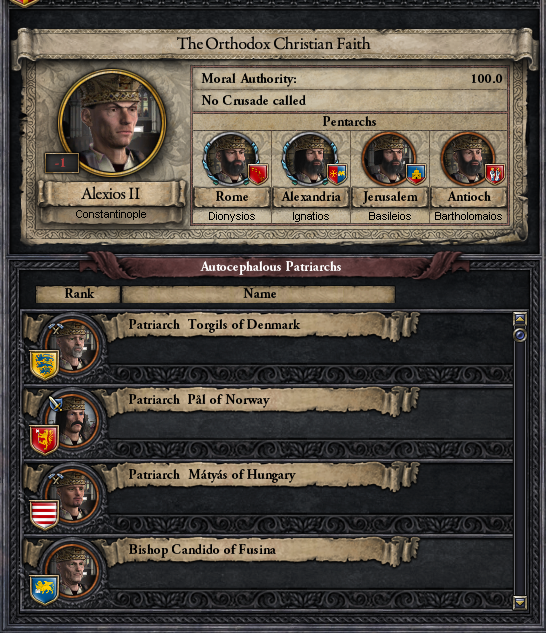 On June 2, 1112, he died and was succeded by his second son, Konstantinos XI.

Not long after his death, he was cannonized as a saint.