Konstantios continued the quest to regain Essex by declaring war on Scotland. This would be a tougher war than the one with England, as Scotland was larger and had powerful allies. Bavaria, Gondar, and Adal joined the war in defense of Scotland. 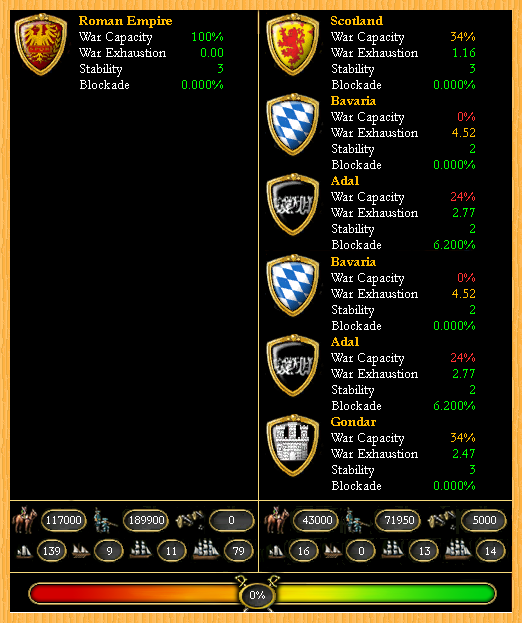 XIV and XX Legio fought in Abyssinia alongside the Ethiopian forces. 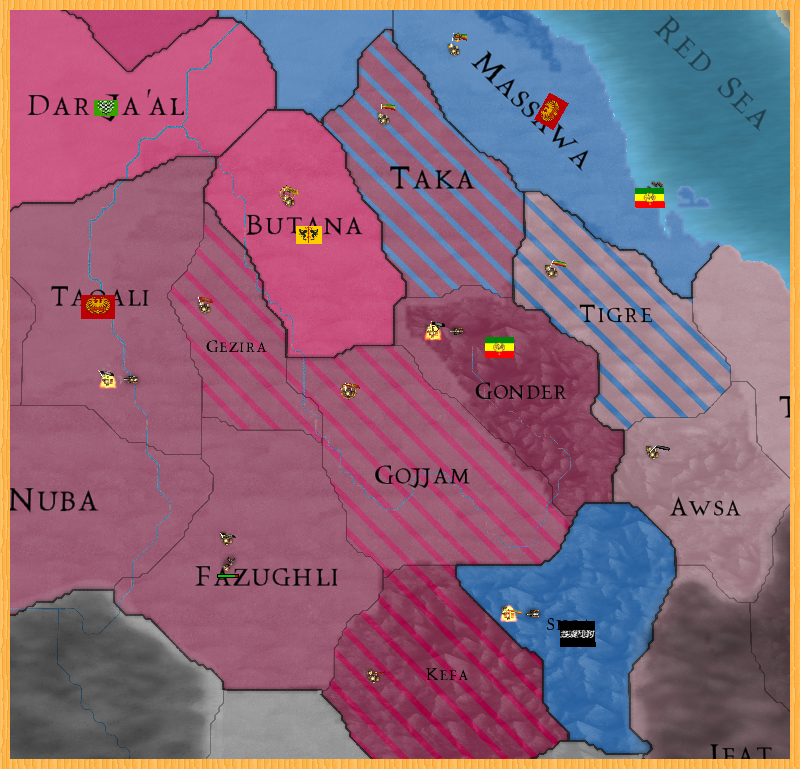 IV, V, VI, XVII, and XXI Legio fought against Bavaria (who was also at war with Saxony).

VIII and X Legio fought in Britannia, striking at the Scottish homeland. 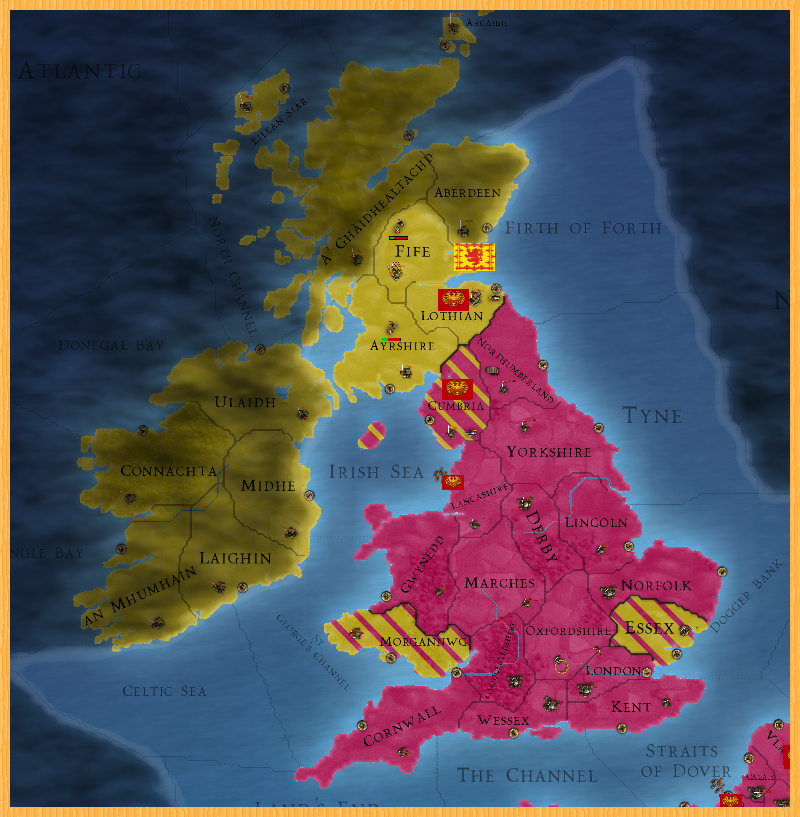 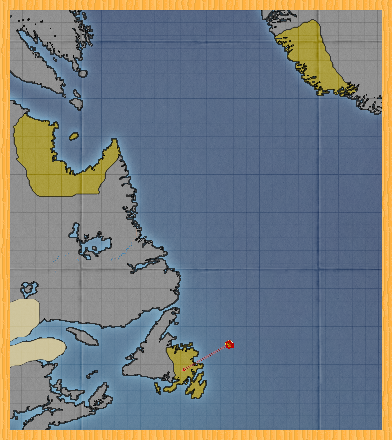 As the war was won, Adal was convinced to agree to peace for a small amount of money. 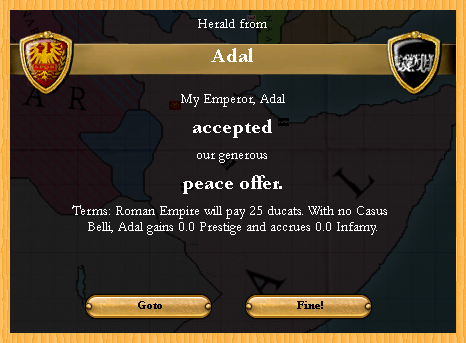 After Ethiopia signed a separate peace with Scotland, there was nothing to be gained from war with Gondar, so political concession were demanded for peace. 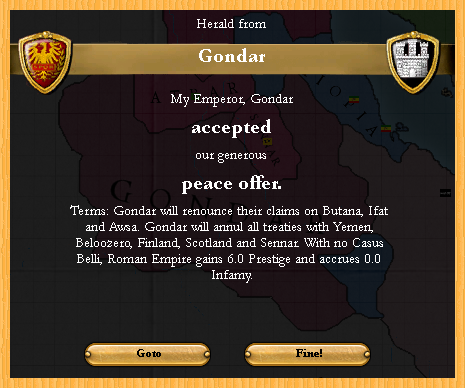 Bavaria was the strongest enemy in the war, and the biggest loser. They were forced to release Hungary as a sovereign nation. 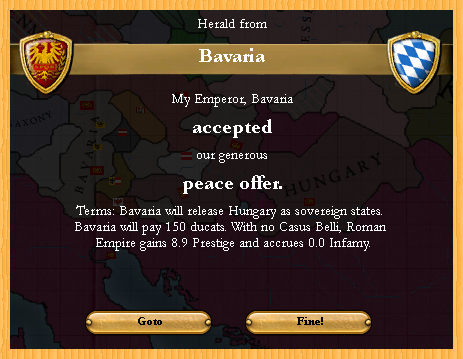 For the peace with Scotland, Konstantios showed restraint. They only lost the province of Essex and their treasury. 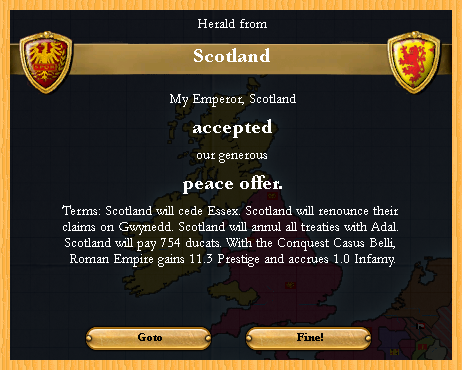 The region of Essex had been recovered.

Konstantios had made several reforms to civil society during the negotiations after the 15 Year War. Now, he sought to promote the religious education of the citizens of the Empire. 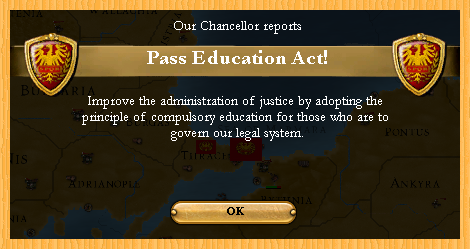 When Norway asked for help against Denmark, Konstantios could not resist. After all, Denmark had done a poor job of turning people to the true faith. The mere threat of the Empire’s involvement was enough to convince Denmark to sign a peace with Norway. 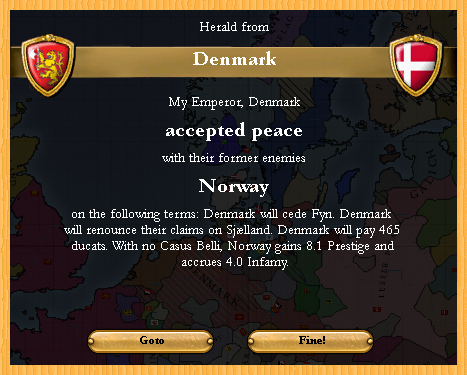 The experiences of long sieges in the war for Essex, and the evidence that they would not have a long rest from fighting convinced the Legions to begin recruiting artillery centuries.

The Empire’s assistance to Norway against Denmark, such as it was, convinced them to ask for the Empire’s help the moment they declared war against Trøndelag. The Legions again held back, as it seemed the war would go easily for Norway. 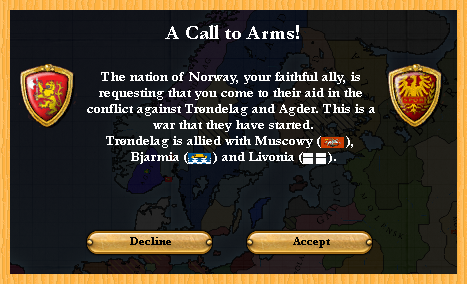 When Muscowy joined in the war on the opposite side, Konstantios was distressed. But he was soon able to convince Muscowy to sever their other diplomatic arrangements. They would soon be fast friends again. 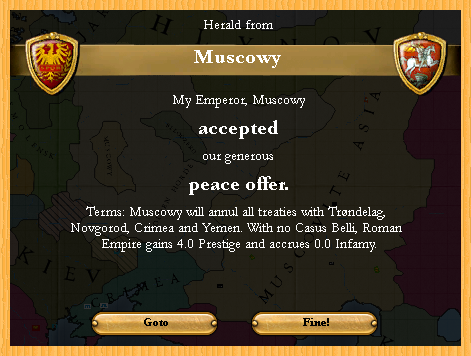 Meanwhile, the Legions incorporated firearms into their cavalry tactics. 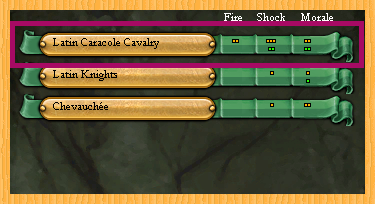 As 1549 drew to a close, Konstantios paid heed to the nobles who wanted the last of Iberia reclaimed. 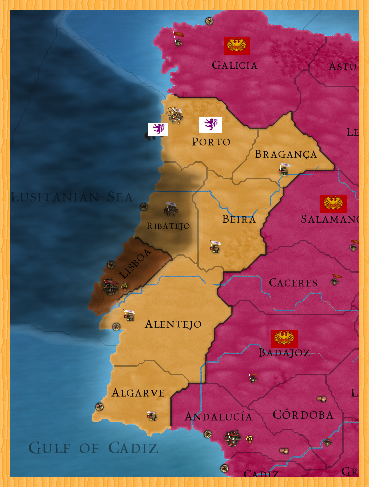