The Empire was at war with nearly all of the Catholic and Protestant world.

Scotland used the opportunity to declare war on the Empire in the attempt to regain some of their lost lands.

Their allies joined them in the foolishness. 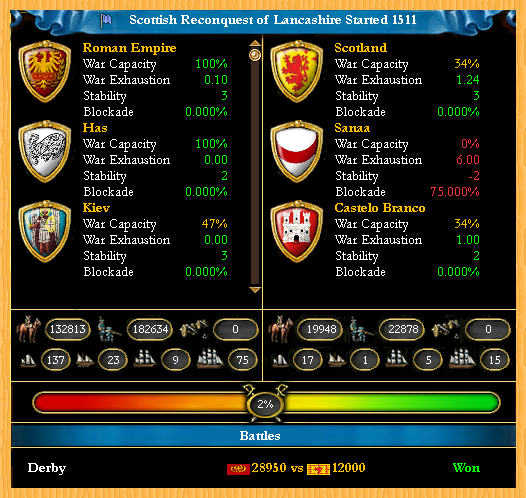 Victories many the Legions won in the wars of religion. Battle after battle went in their favor. Bavaria was left confused. A few lands quickly fell under Imperial control.

But there were losses too. A surprise attack in the Roman Netherlands forced XIII Legio to reverse to Caux to reconsider their campaign. During the maneuvers, the forward detachment that held the standard of the Legion was completely destroyed. The legion was left in complete confusion, and Gallia was left open to the enemies of the Empire.

A daring naval mission was sent to rescue a cohort pinned in Zeeland. When they had rejoined the other survivors, and new forces had been raised to replace the lost ones, they were reorganized as the XVIII Legio (XIII being forever retired as a legionary number). Sadly, later in the year, XVIII Legio was also destroyed.

As 1512 continued, the enemies of the Empire pushed west into Roman Helvetia, besieging the mountain fortresses. But XV Legio, which finished besieging Swabia, returned to push them back.

By the end of 1512, the regions of Lombardia/Austria and Roman Netherlands were being heavily contested, but the advantage of the wars seemed to lean towards the Empire.

Early 1513 saw the Empire advance heavily into eastern Bavaria, the region that had once been Hungary. The Helvetian region was swept of attackers. But Gallia was under attack with no relief. I Legio was busy fending off attacks in Occitania, and XVI Legio was pinned in Valinciennes, recruiting new men for the infantry. 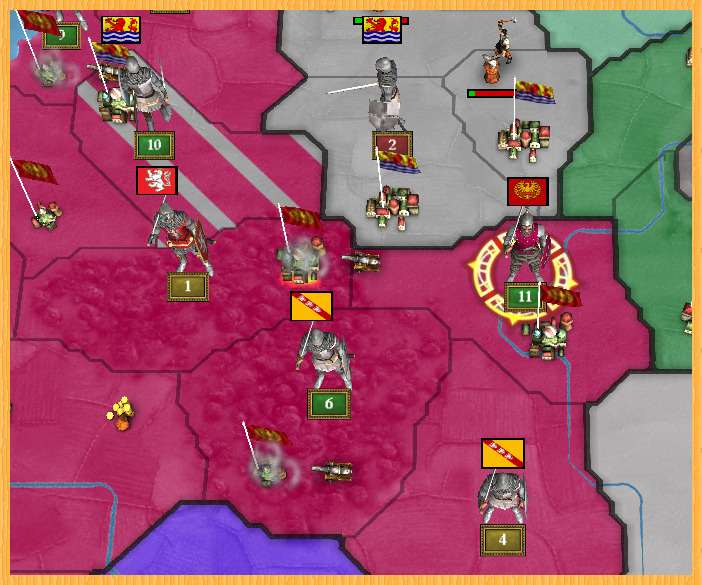 In May, I Legio finished the enemies in Occitania, and moved to begin fighting in Gallia. 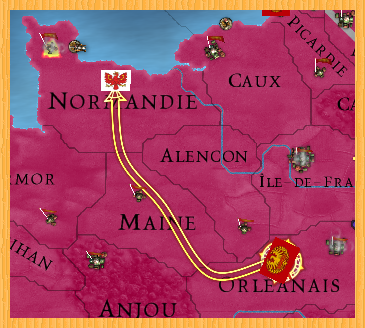 Meanwhile, the Empire’s foes sent ships to bring armies behind the front lines and attack Mediterranean provinces. The western fleet was sent to drive back these ships, and brought them to battle in the Aegean sea. 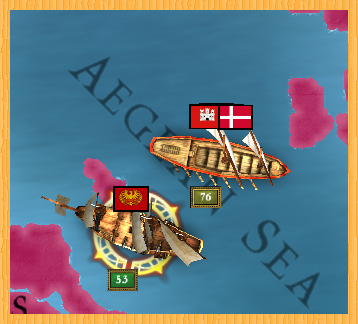 In August, Konstantios gave instructions to his diplomats. Peace could be made with lands outside the Holy Roman Empire, but only if they were willing to accept Orthodox authority. Peace was made with the Scottish alliance before the end of the year. 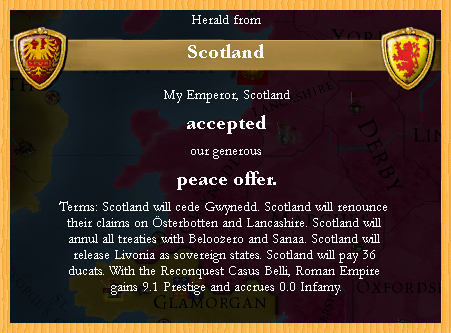 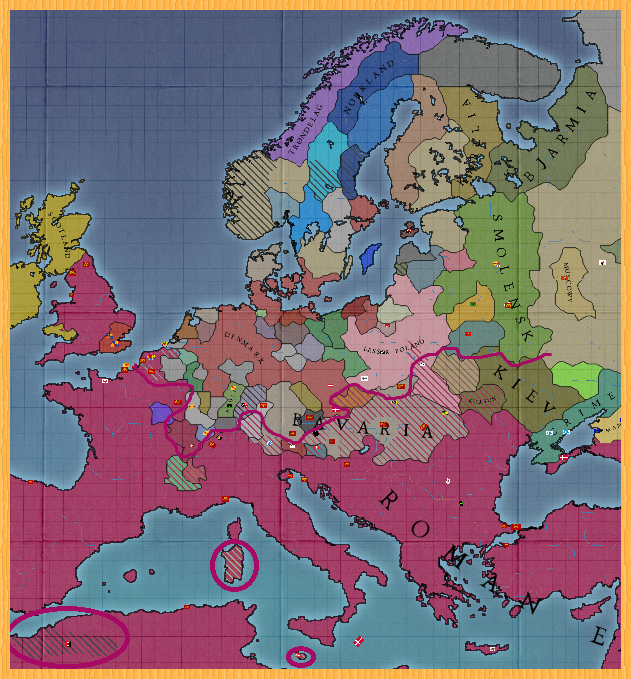 But ominously, a Danish force had finally appeared outside of their own borders.

Early 1514 saw a second Danish force in land in Kaffa. 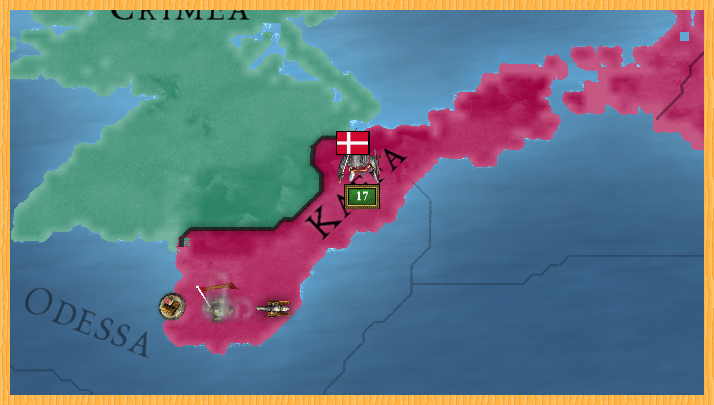 During the spring, the western fleet drove all enemy ships from the Mediterranean and then blockaded the Straits of Gibraltar. When a legion could be spared to sweep away the few enemies, the heart of Empire would be secure again.

Summer saw the low countries start to stabilize. But new forces assaulted Helvetia, and by the fall, Denmark had recovered Savoie.

The end of 1514 saw the eastern front greatly expanded, and Bavaria’s heartland about to fall. III Legio had made a daring raid against Karelia, but had been driven back. Yet the conquest of Smolensk continued, and Karelia would be close behind. And a French nationalist revolt in Paris was being put down by I Legio. 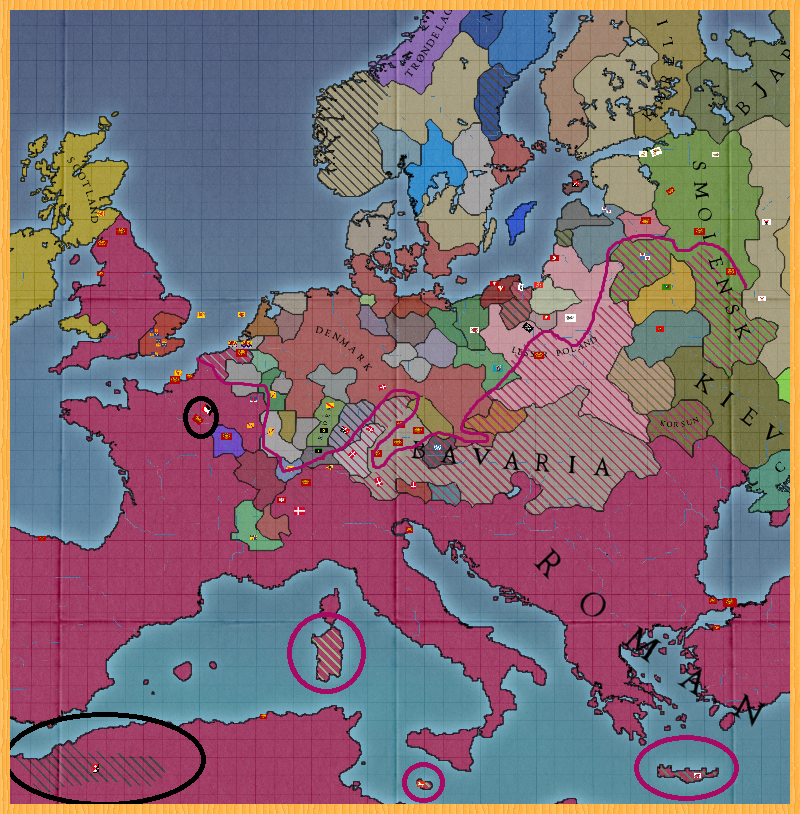 The first half of 1515 saw Denmark attacking the Alps in force. But in May, VI and XV Legio drove one of the Danish armies out. This army was pursued to Konstanz, where it was completely destroyed. 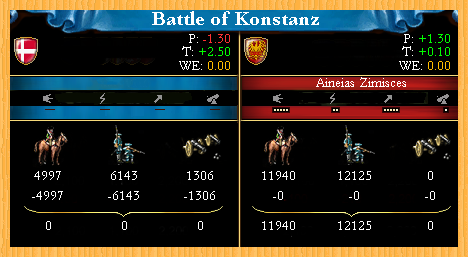 Also in May, the last Bavarian province fell to the Empire.

In July, VI and XV Legio defeated another Danish army in Helvetia. It was pursued to Wallis, then Savoie, where it was destroyed.

And in October, VI Legio defeated the last Danish army in Helvetia.

At the end of the 1515, enemy troops were still flooding into Helvetia, but VI Legio continually fought them off. Lesser Poland and Smolensk were almost completely occupied, and XII and XVII Legio were destroying the Smolensk army. 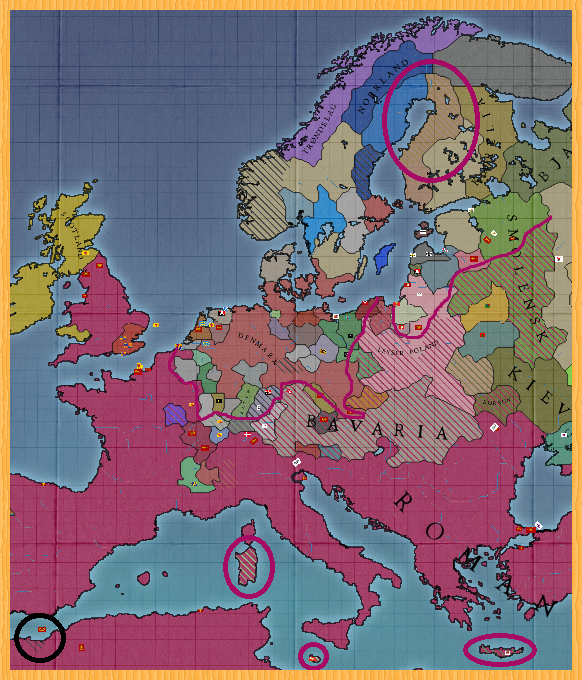