This was the known world shortly after the death of Konstantios IV. 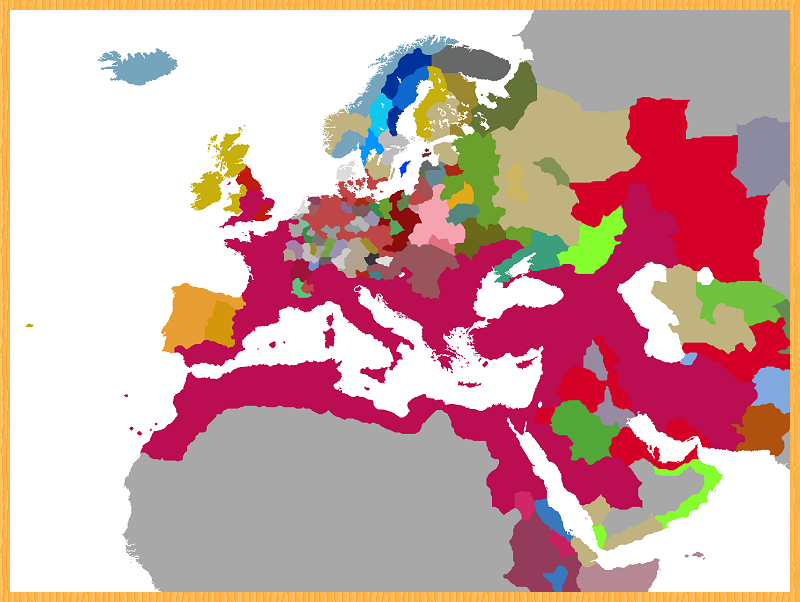 These were the lands held by the Empire and its vassal state Ethiopia. 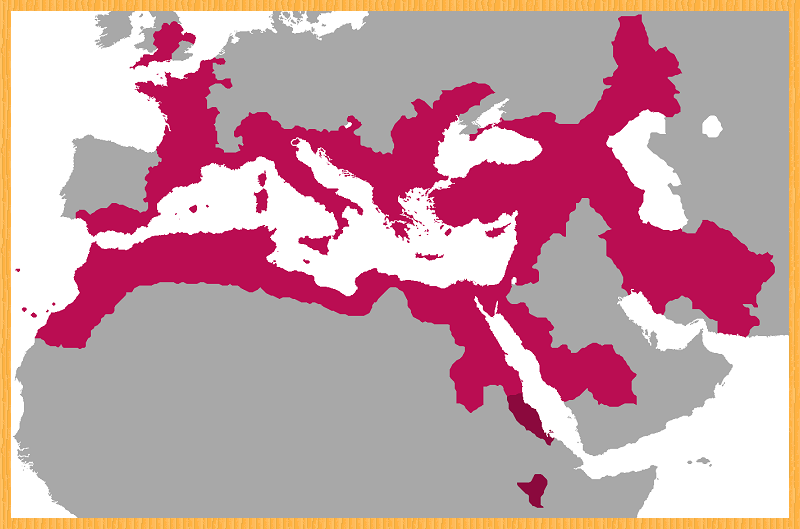 This was Iberia. León and Toledo were in a truce, but Castillian rebels on the Azores were warring for their freedom. 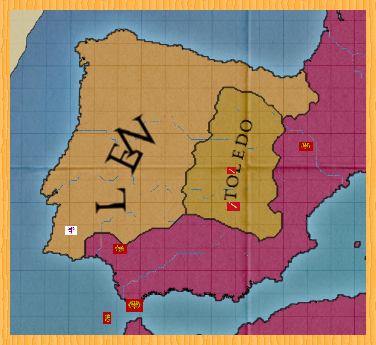 Britannia was divided between the Empire, England, and Scotland. 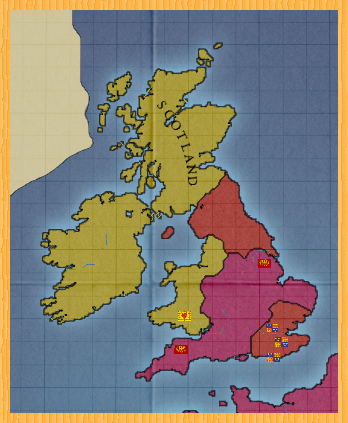 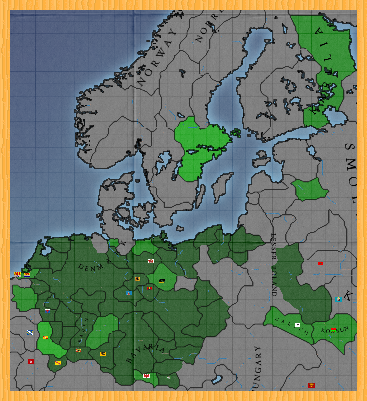 but was still a very decentralized empire 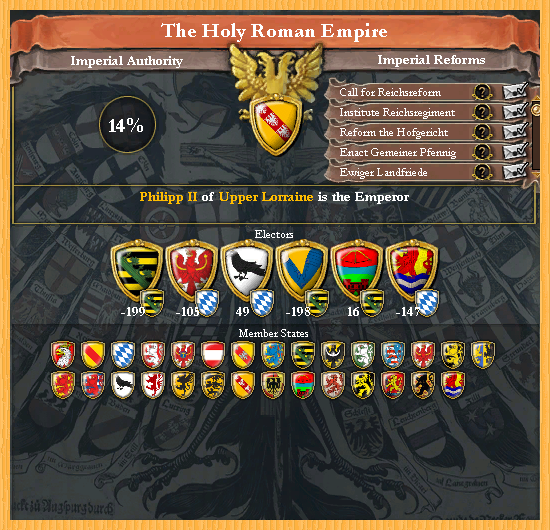 dominated by Denmark in the north and Bavaria in the south. 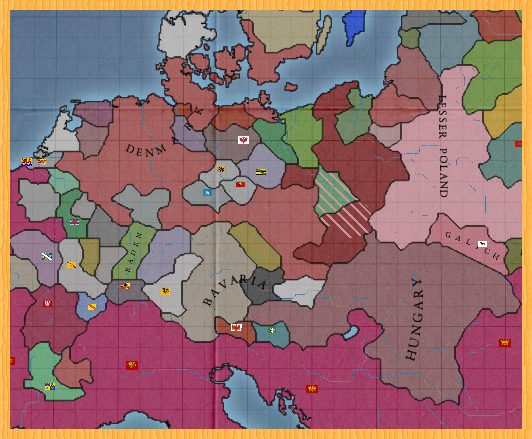 The partial withdrawal of the Golden Horde from Scandinavia had allowed Norway to grow stronger, but there was no real organization to the Baltic region.

The Golden Horde dominated north-eastern Europe, but there were several powerful nations between them and the HRE. 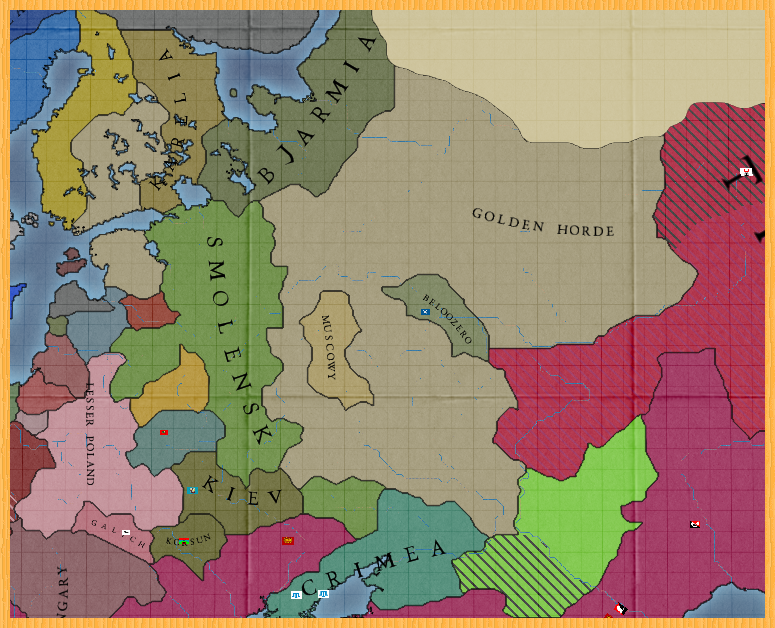 The Empire had taken most of Persia from the Timurids, and had made contact with other Central Asian nations to the East. 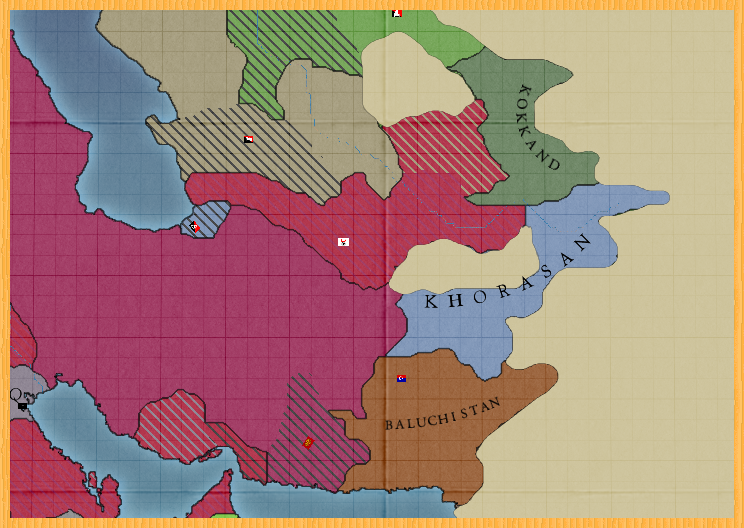 The Empire had also come to dominate Arabia, though there were a few newly independent states, and the Golden Horde still had a strong foothold. 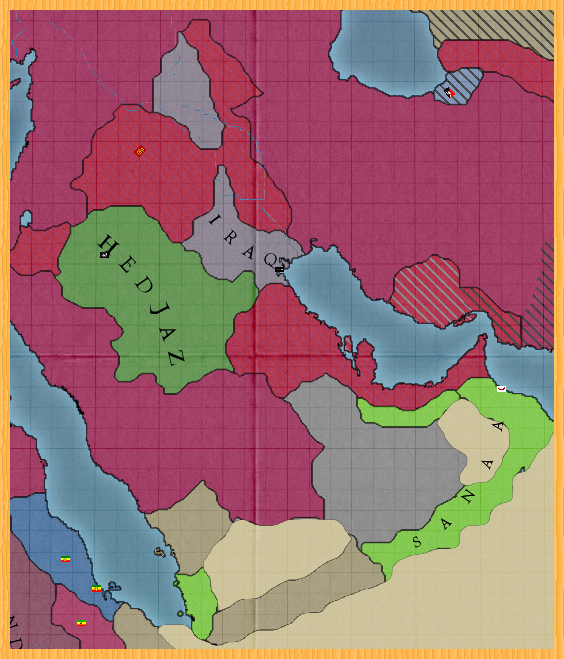 Eastern Africa was divided between Gondar and Adal, but Ethiopia was an Imperial vassal, and was holding out well. 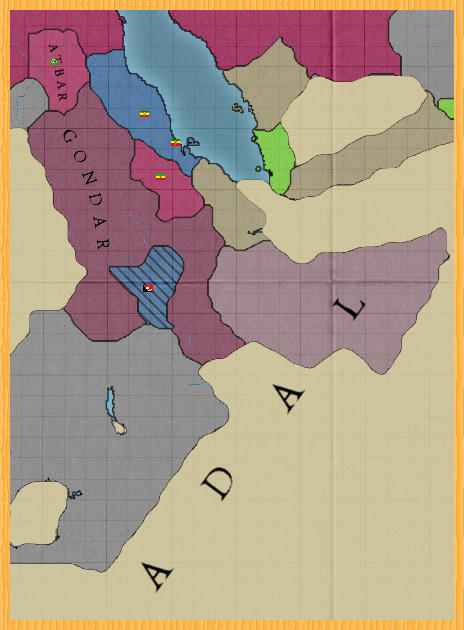 These were the religions of the known world. 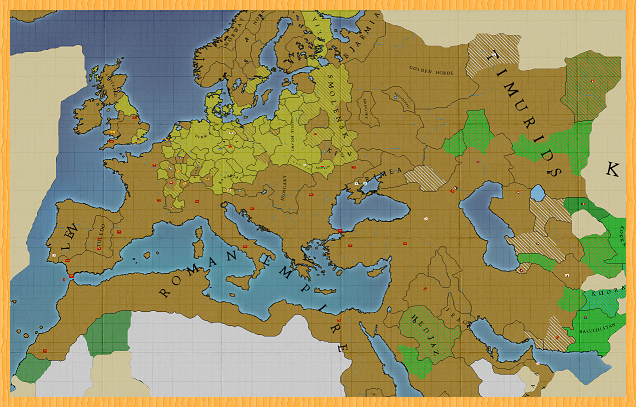 The cultures of the known world. Note the spread of Greek and Tartar cultures, as well as the strange mix of cultures in Britannia. 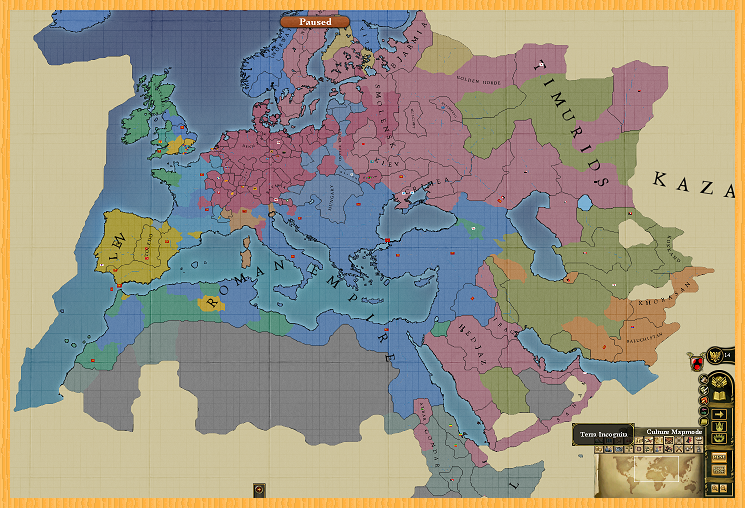 Some internal statistics of the Empire. 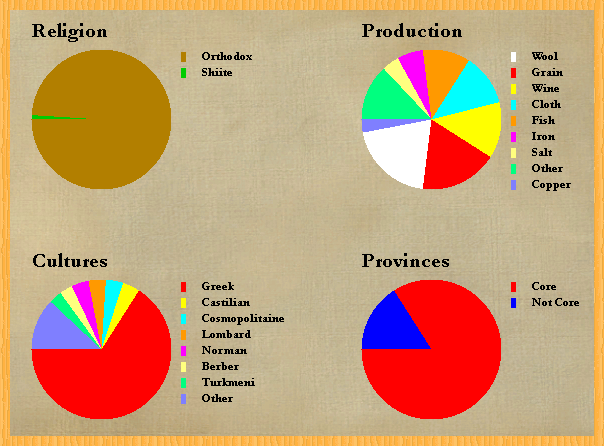 And the friendly diplomatic relationships of the Empire.