Konstantinos XVI had truces with anyone he cared to war against. So he spent several years building cities and recruiting more men.

This was France. First conquered by Julius Caesar, it eventually fell to various invaders. It was conquered by Franks of the Merovingian dynasty, under whose care the kingdom split and weakened. The rulership was seized by the Carolingian dynasty, who went on to conquer much of central Europe. France eventually became independent of the Germans, and conquered much land of it’s own: Aquitaine, Aragon, even parts of England. But repeated wars with the Empire had weakened it severely. The eastern reaches were controlled by the Germans, or by Lotharingia. In 1384, the King of France died. Shortly thereafter, a succession war began. In 1385, the Empire invaded.

The Scholai Palitinae invaded the lands of various French rebels (and eventually the lands of the French king), subduing them. Once subdued, Konstantinos stripped them of their titles and gave the lands to worthy servants of the Empire.

A brief war with Lotharingian rebels gave the Empire some of eastern France. 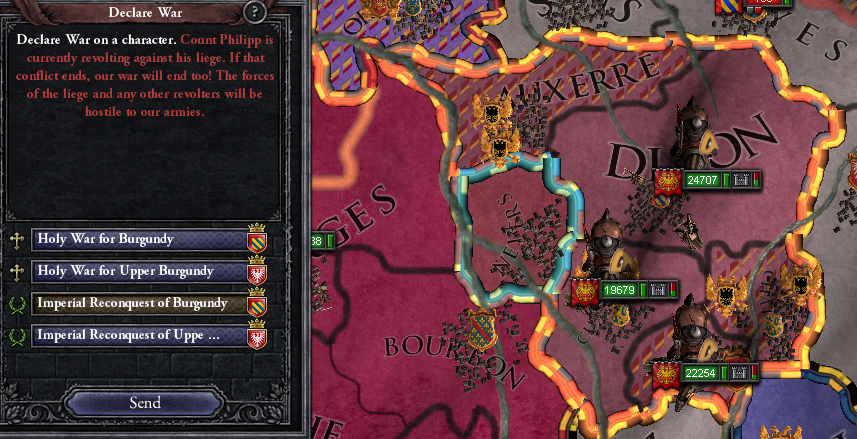 By 1388, there were no French vassals left who did not have a truce with the Empire. The Empire controlled the majority of France yet again. 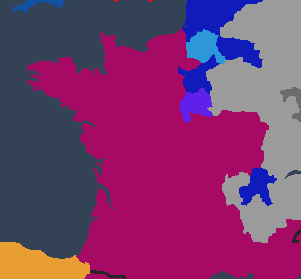 But in the east, the Germans held a few holdings in Imperial counties. A war was declared to win them back. 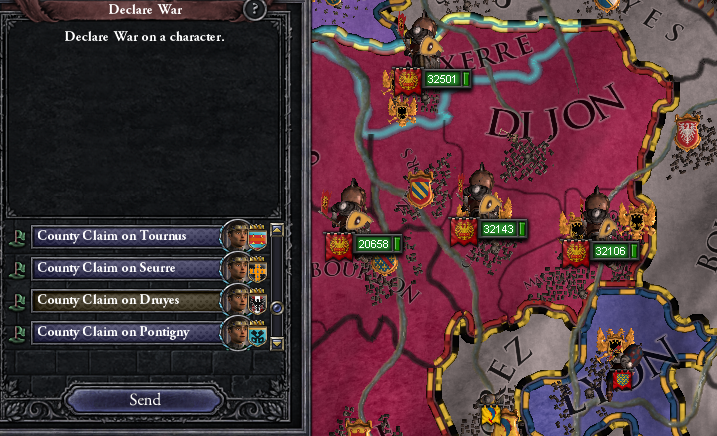 It was apparent that it would be a long task to remove the Germans from the holdings. And yet they could not be allowed to remain in control of Imperial lands. That war finished, the Scholai Palatinae were sent south to Iberia, there to await the ending of the relevant truce. In the meanwhile, Konstantinos resumed the old task of reigning in the power of his vassals. 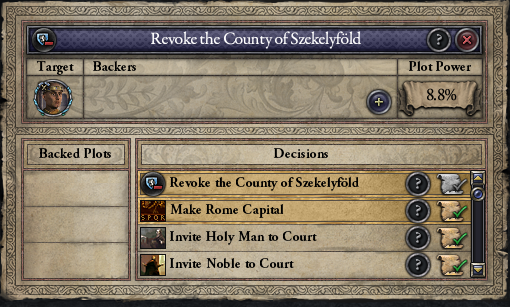 The plot was not directly successful, but local levies were enough to win the ensuing rebellion.

The Scholai Palatinae were positioned near Leon with the truce mere months from expiration, when Khagan Timur declared war on the Empire. 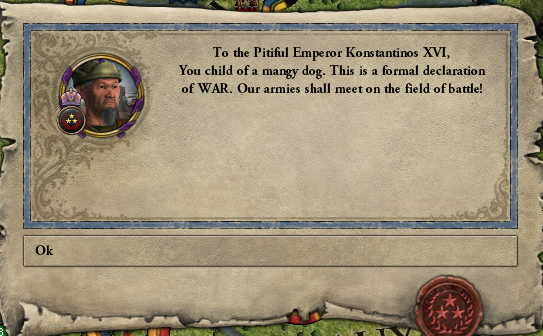 The Timurids controlled much of the east. This would be the hardest war the Empire had faced in decades. 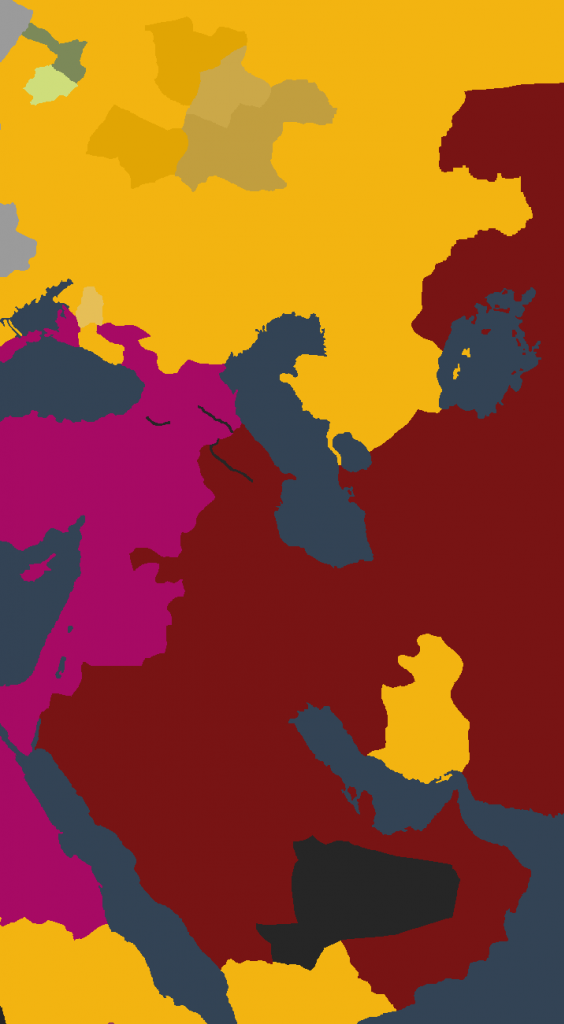